This compact city lies on the banks of the River Elwy, in Denbighshire, a few miles inland from Wales' rugged north coast. It is surrounded by stunning countryside with far-reaching views across the Vale of Clwyd. Surrounded by rolling countryside, with views across the Vale of Clywd, it occupies a unique position close to some of the region’s prettiest coastal towns and beaches. St Asaph Cathedral is perhaps the city’s most popular attraction, dating from the 13th century and often claimed to be the smallest Anglican cathedral in Britain.

From your holiday cottage in St Asaph, the city centre will be a stroll away. In the heart of this bustling community, St Asaph Cathedral dates back to the 13th century and is said to be the UK's smallest ancient cathedral, at 182ft long and 68ft wide. The city's narrow streets are home to a variety of family-run businesses including excellent cafes, such as Jacob's Ladder. Pop into Tweedmill Farm Shop for the freshest local produce, or head to the Plough for a pint of local ale. A number of scenic footpaths pass through the city and into the surrounding countryside. One of the prettiest is undoubtedly the Poacher's Trail, which begins at the bowling green before meandering along the riverbank, with the chance to spot kingfishers and otters. 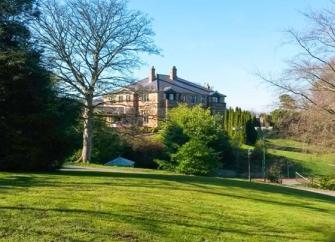