Book North Devon holiday cottages to watch dolphins from high-up on Europe's tallest cliffs between Combe Martin and Woody Bay on Devon's rugged north coast. Catch a few waves in the surf at Croyde, Saunton and Woolacombe. Stay in a coastal cottage on the North Devon coast in ancient fishing villages such as Clovelly, or relax in the countryside near equally old market towns such as South Molton and Hatherleigh. Where ever you choose to stay, a holiday cottage in North Devon is a lovely way to enjoy a holiday in this secret corner of the West Country. From North Devon seaside cottages and luxury holiday apartments such as those overlooking the sandy beaches of Saunton and Woolacombe to remote rural cottages amidst the wilds of Exmoor and the bustling and historic coastal ports of Barnstaple and Bideford, a self-catering holiday in his spectacular corner of Devon makes for an unforgettable holiday. 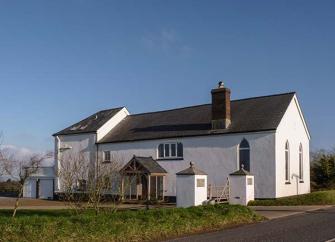 The Old Chapel is a majestic coastal cottage just moments from the beautiful beaches of Clovelly in North Devon. The former chapel boasts 10 acres of meadows with a pond as well as sea views, church windows, vaulted beamed ceilings, a floor-to-ceiling fireplace and many more original features. 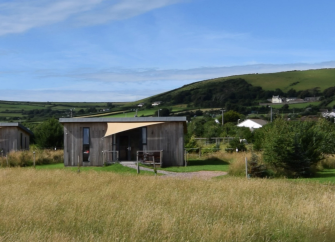 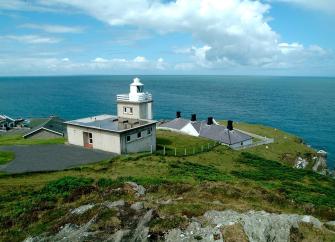 Enjoy a unique holiday experience with a stay at Siren, one of four refurbished former lighthouse keepers’ cottages overlooking Bull Point near the village of Mortehoe, Devon, a child-friendly cottage that sleeps up to five, featuring three bedrooms, fully fitted kitchen, and gorgeous sea views. 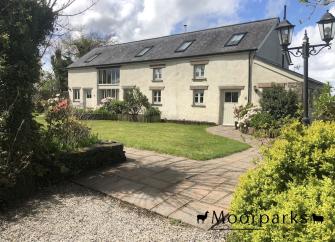 Moorparks Cottage is a traditional farm cottage offering two bedrooms, 1 King-size (Which can be converted to a twin) and one double bedroom. Downstairs lounge diner leading through to a kitchen with views to Exmoor. The Barn is suitable for children over 6 years of age. • Bathroom: with shower over 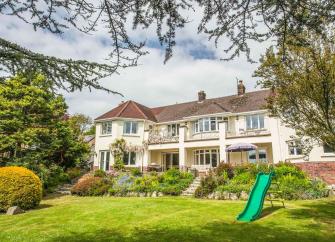 Nairn is a luxurious grand cottage set in the village of Braunton near the North Devon coast. Boasting impressive grounds with a hot tub and furnished entertaining areas, the pet-friendly cottage promises a memorable holiday. It also offers indoor and outdoor play areas and a log fire. 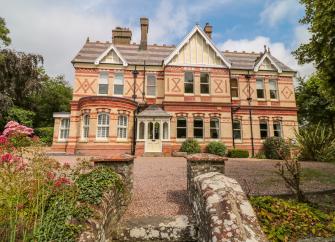 Stoneleigh is a gorgeous 19th-century home designed by prominent Victorian architect William Bryden and situated in the North Devon coastal town of Northam, a large child-friendly cottage that boasts ornate brickwork, original sash windows, traditional games room, and space for up to 17 guests. 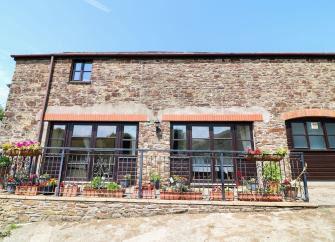 Enjoy a rural escape in the North Devon countryside with a stay at The Corn Tallet, one of a group of child-friendly cottages on a working sheep farm near the historic port town of Bideford, Devon, featuring a heated swimming pool on property and upside-down accommodation for up to six guests. 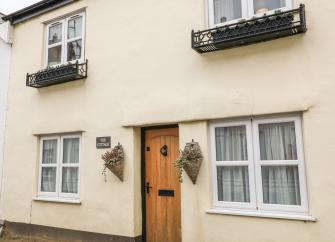 Beach Retreat is an elegant coastal cottage situated a short stroll from the beautiful beaches of Instow in North Devon. The pet-friendly cottage benefits from a neutral palette and sophisticated design features and captures the sea breeze in its light and airy rooms, as well as boasting a log fire. 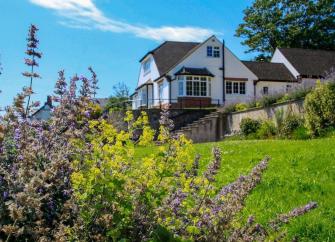