The bustling little market town of Tenbury Wells spans the two counties of Worcestershire and Shropshire, depending which side of the River Teme visitors choose to stay, and is very close to the border of Herefordshire making it the ideal spot from which to explore all three counties.

With 8 National Trust Properties, the Tudor ‘slow-food’ town of Ludlow, a fistful of castles, Ironbridge Gorge, The Severn Valley Railway and a safari within easy reach, together with miles of beautiful countryside in the Welsh Marches, Tenbury is a delightful base for a holiday in a self catering property from which to explore the town and surrounding countryside. 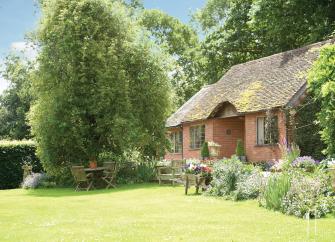 Long Cover is a 16th-century timber-frame rural cottage set on beautiful grounds in Kyre, Worcestershire. The pet-friendly cottage sits amid farmland and boasts beautiful woodland views and tranquillity from its garden, plus exposed beams, a log fire, leaded windows, Aga and contemporary comfort. 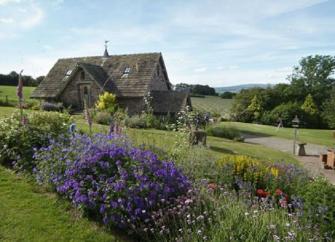 The Coach House near the small market town of Tenbury Hills, Worcestershire, is a beautiful studio conversion nestled in the northwest corner of the Malvern Hills, a romantic cottage boasting an open plan living area, flower garden with bothy, and a private deck offering stunning views.