The ancient market town of Knighton lies on the banks of the River Teme, in Powys, Wales. It lies on The English border, and parts of the town, including the railway station, are in Shropshire. Once an Anglo-Saxon settlement, Knighton is located on Offa’s Dyke, a towering earthwork that follows the border between England and Wales. A long-distance footpath follows the dyke, between Liverpool Bay in the north and the Severn Estuary in the south. Exploring the town from your holiday cottage in Knighton, you will discover a bustling centre, with fine medieval architecture and the remains of two Norman castles.  There is a busy livestock market, and a farmers’ market, where you can pick up fresh, local produce. Near the clock tower, you will find a variety of independent shops, cafes, and pubs. Knighton is famous for its carnival, which takes place every August, with parades, carnival floats, music and food stalls. Just outside the town, and visible for miles around, the observatory has Europe’s largest camera obscura, and a planetarium. Self-catering holidays in Knighton are popular among hikers, with many spectacular routes through the surrounding rolling hills, pastures and woods 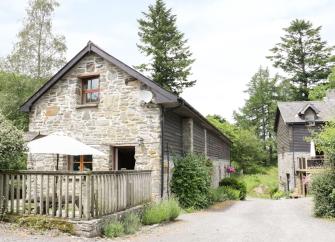